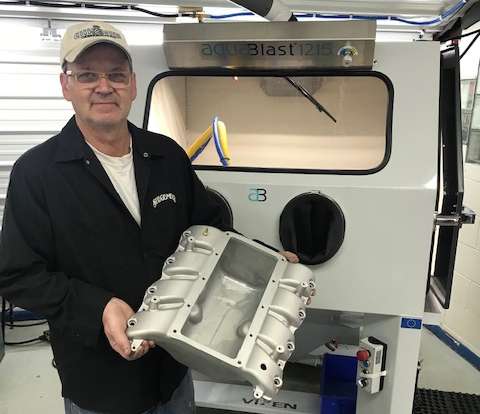 Stiegemeier Porting Service is an industry leader in ported Eaton superchargers and rebuilds.

Based in St. Charles, Missouri, the company has been remanufacturing superchargers and cylinder heads since 1979. They pride themselves on being a performance centre that is recognised worldwide for its high-quality products with quick delivery.

Before investing in Vixen’s Aquablast 1215, Stiegemeier Porting Service was using elbow grease, lacquer thinner and sonic cleaning on a range of parts. Now with one of our wet blasting machines up and running, they are able to wash, clean and blast components much quicker and provide an even better service to their customers.

Robert Stiegemeier, the company owner, was pleased with Vixen’s recommendations. Originally, he had sent a sample part to be tested in our state-of-the-art showroom, which he received back quickly. Following our expert advice, he proceeded with the order and is now able to deliver the same kind of results in his own workshop.

The 1215 is the second largest model amongst Vixen’s Aquablast range of wet blasting technology, making it ideal for medium-sized components. The addition of water means that the cabinet cleans by flow rather than impact, resulting in a soft, satin-like surface finish, which is something Mr Stiegemeier immediately recognised.

Wet blasting eliminates media impregnation and is a dust-free process, which is why it is an increasingly popular surface treatment solution for companies worldwide. 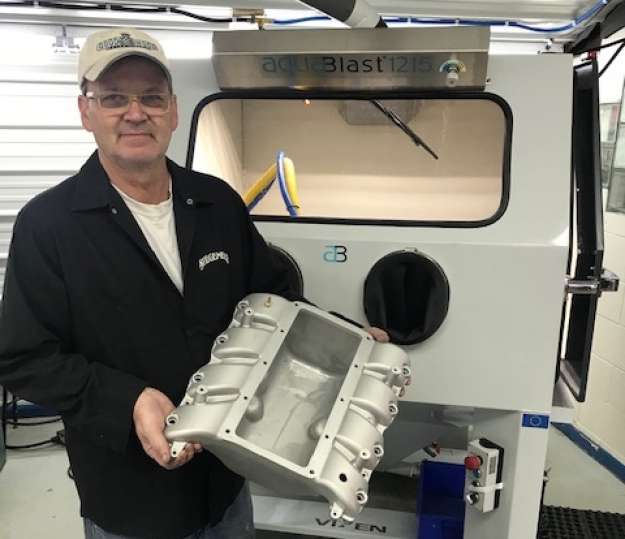 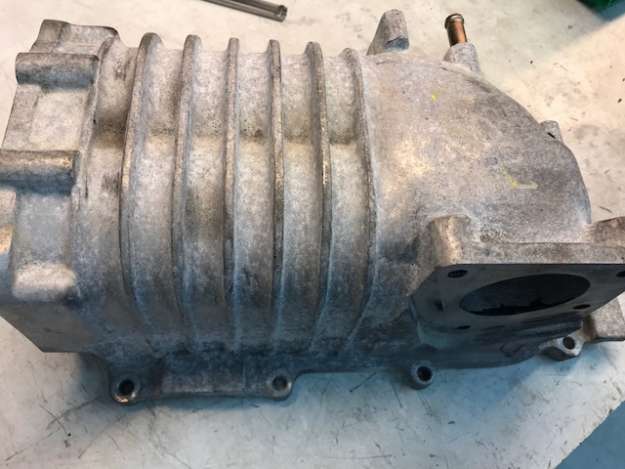 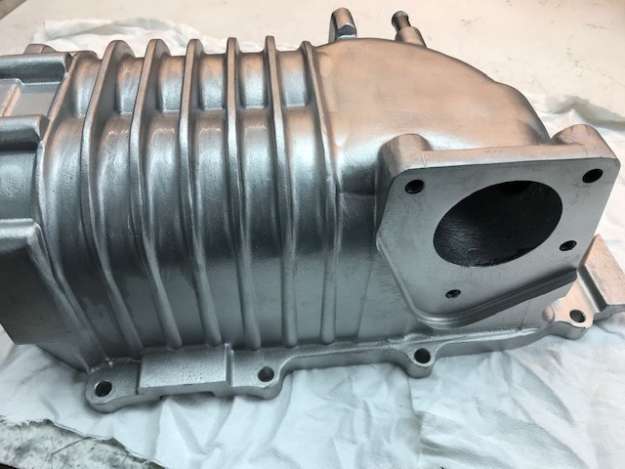 ““We use the Vixen Aquablast machine for cast cleaning and small parts like gears, bolts, and brackets. Before using the Aquablaster, we used elbow grease, lacquer thinner, and sonic cleaning. With the Vixen Aquablaster we have a much better looking product inside and out. Now we have a finished product that looks as good as it performs.” ”